You are here: Home / About Us

Read about the inventor and explorer Betzler

Florian has started his professional career with a German Diploma in architecture at the University of Applied Science in Hamburg, Germany; followed by a three-year work period oversees which took place at Thompson, Ventulett& Stainback architects in Atlanta GA., USA.
After returning to Germany Florian took over the family architecture business which was founded by his father in 1957.
Furthermore, Florian acquired qualifications in the field of architecture and development for private estates and retail buildings, with a focus on commercial real estate and restorations. In addition to his existing résumé as Climate Architect, Florian became a Feng-Shui consultant, which is directly linked to environmental design.
Within his career Florian pursued to connect architecture and environment in order to create efficient economic solutions to solve environmental issues which we face nowadays.
This complex input has led him to further widen his horizon by taking on a Master program (M.Sc.) in architecture and environment at the University of Applied Sciences Wismar in Germany, graduating in 2009. Since then Florian has been lecturing a Master’s Program on the specialized content of future living as well as architecture and environment in the English language at the University of Applied Sciences in Wismar. Through scientific research and experience in development and architecture he was able to co-author the first book on exterior building greenery.
Through his experience he became the Climate Architect Florian S. Betzler, able to develop a formula applied on his architectural designs for buildings of all scales with the function to fight the cities heat island problemsIt was this formula which has led him to a PhD program with the technical university of Darmstadt, Germany (TU Darmstadt) which he concluded with merit. Within his thesis named “GDF- Green Density Factor and GCF – Green cooling factor. A specific calculation method to integrate green roofs, green facades and their evapotranspiration cooling rate into the general planning procedure of architect and planners” he gained international recognition.  Producing such an important and new solution to existing problems, he has gained international regard as a speaker and lecturer, having taught in the United Arabic Emirates, China, Australia and India. Furthermore, he was invited to speak at the EXPO in Shanghai.

As widely known change on issues concerning the environment is inevitable in order to ensure a healthy standard of living throughout the future. The cooling rate Florian’s design is providing for the cities microclimate is tremendous. Furthermore his design approach makes projects of all scales more efficient with regard to full resource utilization, cost- and income wise.
Florian passionately delivers his services, expertise and knowledge in order to make a change from industrialized concrete desert cities as we know them, too beautiful, sustainable, environmentaly friendly living and working cities. These support humans, other species as well as natural habitants in a harmonious way rather than destroying them.
Florian is looking forward to promote any exchange of information concerning these mentioned issues, especially to reach young minds and investors. His latest approach is the demonstration that his environmentally friendly concept of climate architecture is more profitable over the usual live cycle period of 40 years than any conventional building is.

Through my career as a climate architect I have had the pleasure of teaching at various facilities all over the world such as: 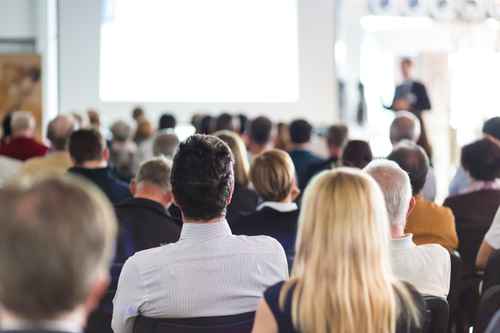 Our knowledge is your capital

Besides lectures in architecture and environment, and speaking’s I have developed different workshops to gain a practical approach to the topic of green architecture. Usually we have a group of student or young professionals who have the ability to plan their dream development which finds its finish as a model. It is astounding to see the richness of creativity and the approach to a healthy and better world.

Save your work with certification

Furthermore, I offer to certify the companies and developments who, after an precise assessment, meet our high standards.  The goal has to be to develop green concepts which have a cooling rate greater than the capacities used by the building itself. Therefore, creating a gain or added value for the local community and inhabitants.

This project consists of a new development and a historic one which has been completly refurbished  on a very small plot of land. The project will be used for student housing, and is a great example of the effects of greenery with regards to the roof and the facades in an urban environment. The complex is able to generate a cooling capacity of 2.6.

DESY has been growing over generations, the rsult is further redensification. I have developed a concenpt in which following aspect will improve:

With this project i have been able to introduce a low budget concept of urban greenery, esspecially for industrial grounds:

Architectual concept with the cooling factor between 30 to 50. The concept is using the cultivation of eatable plantation in order to create a self sufficient development while cleaning the surrounding and providing a cool and stable air climate.

Climatearchitect Dr. Ing. Betzler would be honoured to provide our wide assortment of services to you, your company as well as public institutions. There are many great ideas within the market, however we have the ability to quantify the effects and make them measurable to utilize the full capacity out of your development. This formula is usable in any scale, from a standard family house to a whole city. 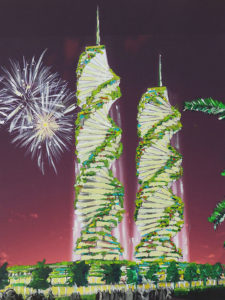